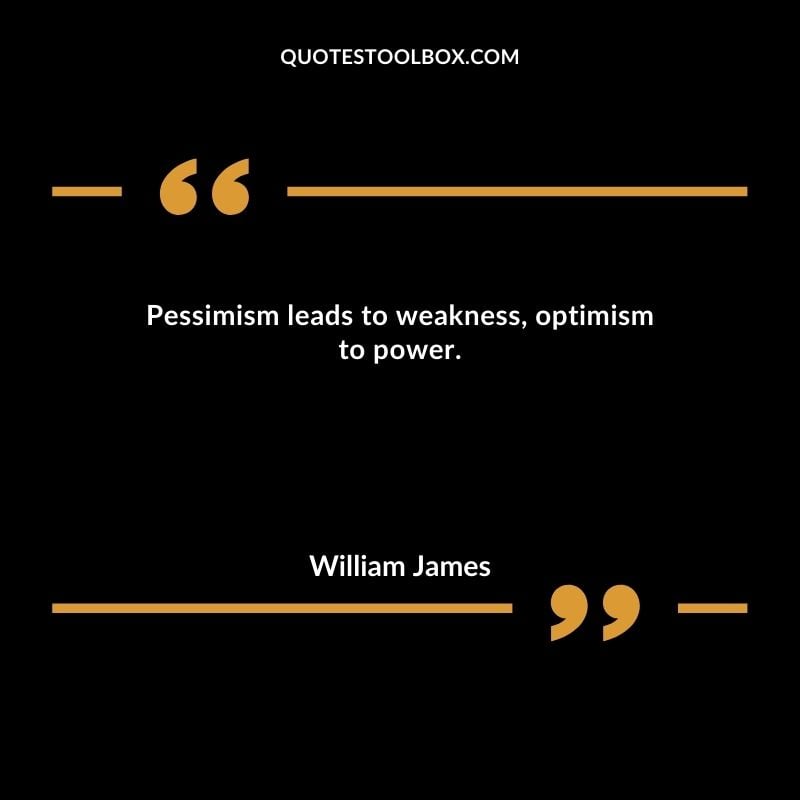 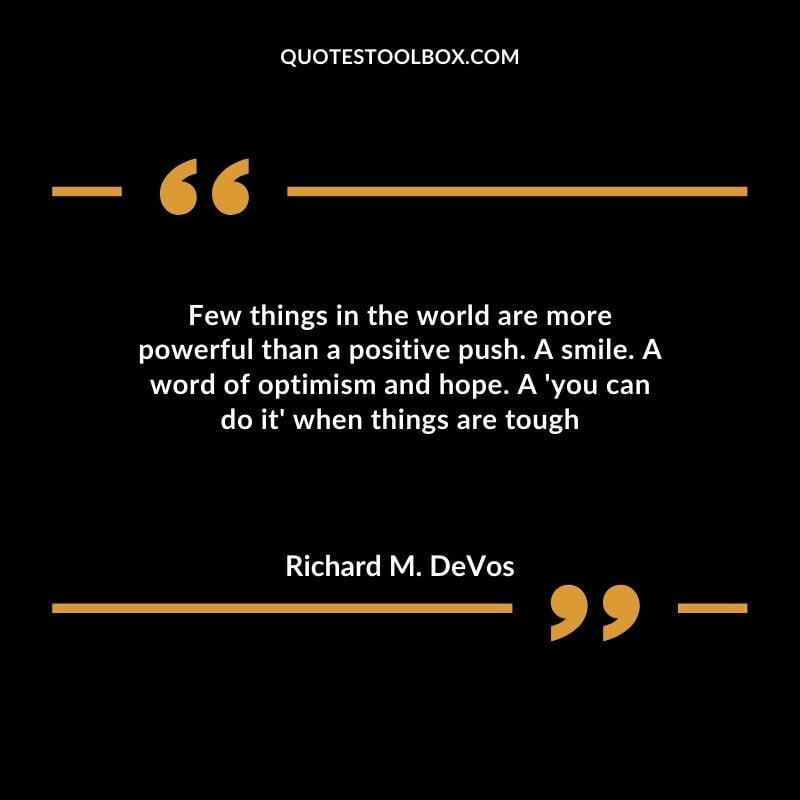 Few things in the world are more powerful than a positive push. A smile. A word of optimism and hope. A ‘you can do it’ when things are tough. Richard M. DeVos 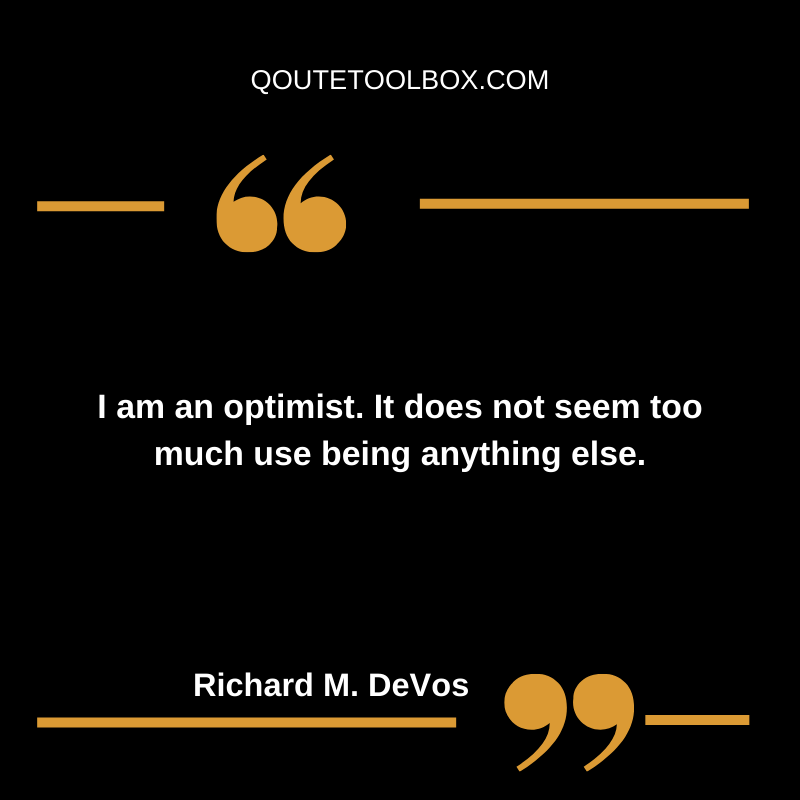 I am an optimist. It does not seem too much use being anything else. Winston Churchill Quotes 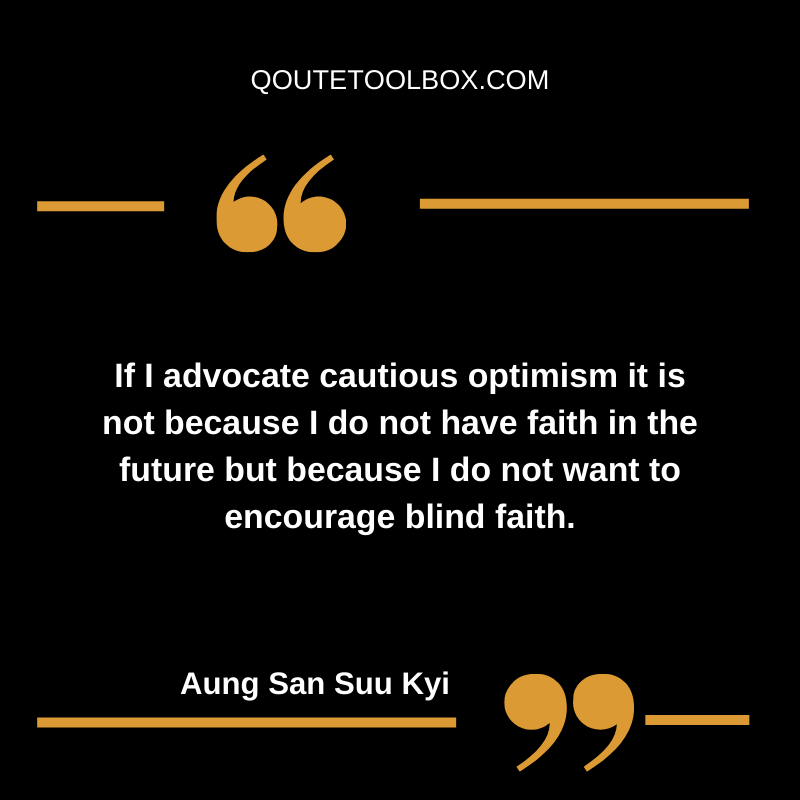 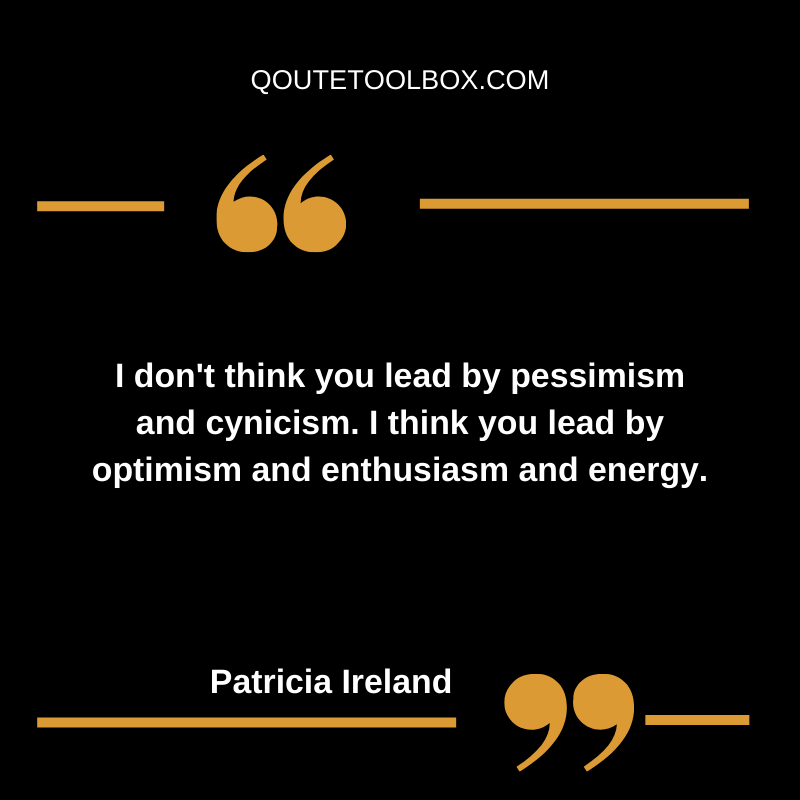 What I’ve really learned over time is that optimism is a very, very important part of leadership. Bob Iger

If you realized how powerful your thoughts are, you would never think a negative thought. Peace Pilgrim Quotes

Write it on your heart that every day is the best day in the year. Ralph Waldo Emerson

Optimism is the faith that leads to achievement. Nothing can be done without hope and confidence. Helen Keller
One of the things I learned the hard way was that it doesn’t pay to get discouraged. Keeping busy and making optimism a way of life can restore your faith in yourself. Lucille Ball
I think in life, you have a choice. You can either be optimistic or pessimistic, and I go for the optimism. Jon Anderson
Nobody can go back and start a new beginning, but anyone can start today and make a new ending. Maria Robinson
Having a positive mental attitude is asking how something can be done rather than saying it can’t be done. Bo Bennett
May the pain you have known and the conflict you have experienced give you the strength to walk through life facing each new situation with courage and optimism. Unknown
Man often becomes what he believes himself to be. If I keep on saying to myself that I cannot do a certain thing, it is possible that I may end by really becoming incapable of doing it. On the contrary, if I have the belief that I can do it, I shall surely acquire the capacity to do it even if I may not have it at the beginning. Mahatma Gandhi
Enter every activity without giving mental recognition to the possibility of defeat. Concentrate on your strengths, instead of your weaknesses… on your powers, instead of your problems. Paul J. Meyer
Cultivate an optimistic mind, use your imagination, always consider alternatives, and dare to believe that you can make possible what others think is impossible.
Rodolfo Costa
Human spirit is the ability to face the uncertainty of the future with curiosity and optimism. It is the belief that problems can be solved, differences resolved. It is a type of confidence. And it is fragile. It can be blackened by fear, and superstition.
Bernard Beckett

The essence of optimism is that it takes no account of the present, but it is a source of inspiration, of vitality and hope where others have resigned; it enables a man to hold his head high, to claim the future for himself and not to abandon it to his enemy. Dietrich Bonhoeffer
Perpetual optimism is a force multiplier. Colin Powell
Optimism doesn’t wait on facts. It deals with prospects. Pessimism is a waste of time. Norman Cousins
Optimism is essential to achievement and it is also the foundation of courage and true progress. Nicholas M. Butler
A pessimist sees the difficulty in every opportunity; an optimist sees the opportunity in every difficulty. Winston Churchill
Optimism is a strategy for making a better future. Because unless you believe that the future can be better, you are unlikely to step up and take responsibility for making it so. Noam Chomsky